My husband and I both lowered our cholesterol levels drastically by simply changing our diet, and we have been able to keep it under control without medications since 2013.

Back in 2013, my husband and I both had high cholesterol, as well as other medical issues, and neither of us wanted to be put on medication due to cholesterol medication side effects.

That’s when we found the answer to our health–and not just for cholesterol.

At that time, my cholesterol was running around 220 (with LDL above 140). My husband was much more out of control measuring total cholesterol at 307 at his employee wellness exam.

We knew it was time to do something, but neither one of us wanted to take medication, because we had read about the many statin side effects.

The most common statin side effects include:

Statins are associated with a few rare, but potentially serious, side effects including:

It’s important to remember that statins may also interact with other medications you take. —WebMD

How we reduced our cholesterol without medication

We wanted to figure out a way to lower our cholesterol levels without the dangers of statin drugs. Specifically, we were searching for a way to do it with a cholesterol-lowering diet plan. The problem was that there was so much conflicting information on which diet was best.

After trying a few different diet options–including the high protein Atkins Diet and another program called Eat Right for Your Blood Type that we thought was good science, but found out later it definitely is not–we finally found a diet that gave results.

It also happens to be the only diet ever proven to reverse heart disease.

Our daughter knew our health struggles, especially mine, because I was dealing with more than high cholesterol, and she asked us to watch a documentary called Forks Over Knives.

To be honest, I didn’t want to watch the film. I had no idea what it was going to be about and frankly, I didn’t think it would be interesting at all.

How wrong I was because it changed our lives!

My husband, Mickey, told me he was not going to watch it with me, and that was fine with me. The only reason I was planning to watch was so that I could tell our daughter that I had done it, so she would quit asking.

The irony of it all

Interestingly, the ballgame that Mickey was planning to watch in another room ended up being delayed and, before I knew it, he was sitting in his recliner watching the Forks Over Knives documentary too. I call that divine intervention.

He watched the first half of the film before his game actually began, so it wasn’t the whole documentary. However, it was enough.

When the DVD ended, I was dumbfounded at the information that was just presented to me by scientists and physicians. It was decades of research showing that most of the chronic diseases we deal with in the United States–including high cholesterol–could be prevented and reversed with a plant-based diet.

I was convinced enough to give it a try, so I went into the room where Mickey was still watching the game and told him I was going to try it.

Not that I was going to make a lifetime commitment, but I was curious enough based on the information I had just heard to give it a 4-week trial period. I figured I could do anything for a short amount of time.

To my surprise, Mickey said he wanted to do it too. He had heard enough of the science from FOK to be interested himself.

So, we began our experiment immediately, starting with breakfast the next morning, and we did it at 100%. I figured that was the only way we would be able to tell if it was going to work for us.

Our health recovery with a whole food plant-based lifestyle

Within only a couple of weeks of switching our diets, we began to see and feel a difference.

For me, it began with being able to sleep without taking melatonin or Tylenol PM. I also began to see clearer skin and didn’t need to take the doxycycline antibiotic had been taking for adult acne for years.

Within only 3 weeks, I also found relief from my inflamed and painful joints.

After only 3-1/2 weeks, we both found that we were losing weight and feeling so much better. There was no way we were going back to our old unhealthy way of eating.

After a couple of months, we each had our cholesterol levels checked and realized we had found the answer to our high cholesterol issues.

In addition, within about 6 months, I lost 52 pounds, and Mickey lost 43 pounds.

The unseen is more powerful than the seen. This is freedom from sickness, and we are so thankful!

This whole experience change more than my health. It also changed my life and career.

I became obsessed with learning more about nutrition and ended up becoming a licensed Food for Life instructor with Physicians Committee for Responsible Medicine.

Now, I am able to teach others how to reverse chronic illness on a daily basis simply by changing their diet.

If you are ready to get learn more about plant-based nutrition, these Plant-Based Beginner Guides should help.

What is the best diet for cholesterol?

We found from our own experience that a plant-based whole food diet is an excellent way to reduce cholesterol naturally and lose weight.

WHOLE GRAINS – This group includes brown rice, millet, oats, barley, corn, bulgur, and all products made from whole grains including bread, cereals, pasta, and more. Whole grains are filling but have very little fat. In countries where whole grains are staples, such as rural Asia, diabetes, heart disease, and certain cancers, are much less common than in the States and Europe.

LEGUMES – This group includes beans, peas, and lentils. They are hearty, high protein foods that are rich in calcium, iron, cholesterol-lowering soluble fiber, and even traces of omega 3 fatty acids.

VEGETABLES – These foods are loaded with vitamins and minerals, are very low in fat, and like all plant foods, have no cholesterol at all.

FRUIT – These are vitamin-rich and have no cholesterol. They do have natural sugar but are low on the glycemic index, except for watermelon and pineapple.

Recommended foods do NOT include meat, dairy products, eggs, added oils, or most processed foods.

Plant-based diets are low in saturated fat, free of cholesterol, and rich in fiber, vitamins, minerals and antioxidants. Research reveals that following this type of diet will lower your risks of:

Quote above from the Cleveland Clinic.

A plant-based diet is the only diet ever proven to reverse atherosclerosis, plaque build up in the arteries. From the National Institutes of Health, NIH:

In summary, current palliative cardiovascular medicine consisting of drugs, stents, and bypass surgery cannot cure or halt the vascular disease epidemic and is financially unsustainable. Whole Food Plant-Based Diet can restore the ability of endothelial cells to produce nitric oxide,[28] which can halt and reverse disease without morbidity, mortality, or added expense.

Why aren’t we hearing this information from our doctors?

Why had my doctors never mentioned this to me at my many, many appointments? This is what Dr. Angie Eakin with Physicians Committee for Responsible Medicine says.

It’s not the physicians themselves standing in the own way of counseling patients on nutrition. Physicians agree that it is important: 94 percent feel that nutrition should be part of primary care visits, but only 14 percent feel qualified to offer it.

Furthermore, very few residents, fellows, and other clinicians are comfortable managing nutrition problems. So what’s happening here? The problem lies with the state of medical education in this country.

More than half of medical students feel their nutrition education is inadequate. The National Academy of Sciences recommends that schools include at least 25 hours of nutrition education, but almost three-quarters of schools fail to meet this minimum standard, up from 62 percent in 2004. Even after a minimum of 11 years of total training, most physicians still do not feel competent in providing nutrition advice.

Other articles on health and a plant-based diet 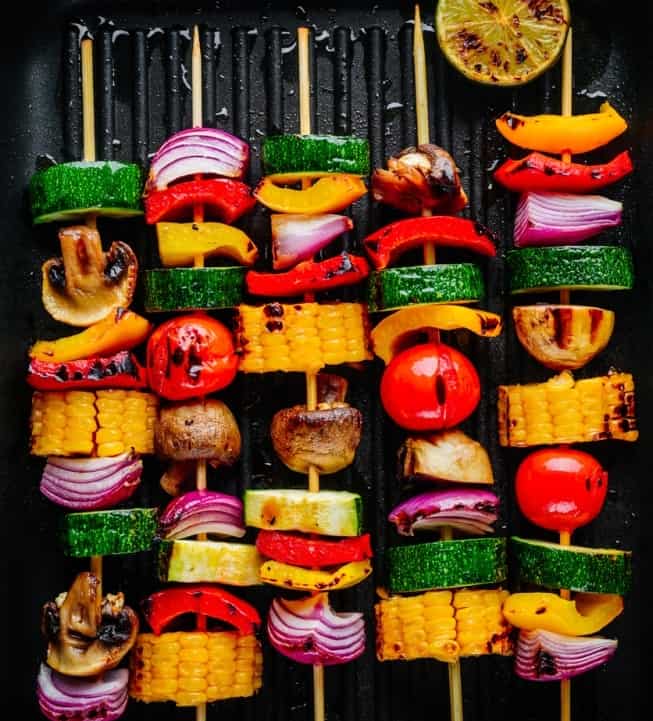 I have been craving chocolate. Is is okay to try and make chocolate cake mix from scratch using only whole foods, or minimally processed ingredients? I want to continue to make my mug cake recipe, but I already use almond milk, unsweetened applesauce, egg replacer, and mix it with dry ingredients. I was hoping that I could use whole wheat flour and cocoa powder for the dry stuff. Do you have suggestions to keep this recipe as compliant as possible, and still feel like I'm allowed to indulge.

I have a number of great chocolate cake recipes on this site. Just type 'chocolate' into the search bar, and it will bring them up. This is a direct link to my newest one to help you fill that chocolate craving. https://eatplant-based.com/vegan-chocolate-cake/

Hi Terri! I recently took your class at SRHS. I learned a lot and I really enjoyed it, but I'm curious about lowering cholesterol. I had labs run last week, and my HDL good cholesterol dropped way down to 45. The level recommended to keep LDL in check for women is >60. My LDL bad cholesterol actually jumped way up to 108 (from 77 in July), and I don't know how to fix the balance. The cardiologist wants LDL below 70. I've been doing as close to Esselstyn as I can get since June. Omega 3s interact with my blood thinner (Brilinta), and I can't find another dietary choice to increase HDL. In theory, HDL helps to remove LDL from the body. Any suggestions? Cherie Holsten

Hi Cherie, it's great to hear from you! This information from Dr. Michael Greger might be helpful to help you sort it all out. https://nutritionfacts.org/questions/what-can-i-do-to-lower-my-cholesterol-it-seems-ive-tried-everything/ There's a lot of information about foods to avoid and foods to include. I hope it helps and that you find the answers you're searching for.