I’ve been making cornbread for decades because I grew up in the Carolinas where cornbread is a staple and necessity. This easy vegan cornbread is my favorite healthy recipe because it’s golden crispy on the outside and fluffy and tender on the inside.

When a group of people talks about cornbread for any length of time, the discussion will always get around to the question of whether cornbread should be sweet or savory. This is my favorite vegan cornbread recipe that can be made either way–sweet or savory!

We love this skillet cornbread because it’s…

Though I like both versions, I have to admit that savory is my favorite.

The great thing is, you can make this vegan cornbread recipe both ways. If you like it savory, make it as described below. For a sweet cornbread, add 2 Tbsp of agave or another sweetener.

There are times that we want vegan cornbread muffins, and this recipe does well as muffins too.

If you’re looking for some delicious healthy recipes for soup, stew, or chili to go with your vegan cornbread, check out the suggestions on down this page. I also have an awesome Instant Pot Cabbage recipe that is ready in minutes and goes perfectly with cornbread.

I love the crispy crunch of the outside and the moist tenderness of the inside, and it’s a cast-iron skillet that makes that magic happen.

How to make vegan cornbread

Begin by dicing the onion if you are using it. I highly recommend including it because it adds a terrific flavor to this recipe.

Combine all ingredients in a large bowl, including the onion and creamed can corn.

Creamed corn is completely dairy-free and is usually very easy to find in can goods section of most grocery stores in the USA. However, if your store doesn’t carry it, or you would like to make your own, Living Vegan has an easy recipe for Easy Creamed Corn that will work just fine.

Pour the batter into a HOT seasoned iron 12″ iron skillet or baking pan, and cook at 400°F for 30 minutes. Having the skillet nice and hot is what helps make this cornbread crispy on the outside and fluffy on the inside.

Oven temperatures vary, so keep an eye on it when time is almost up. Remove from oven and allow to cool. Slice and serve.

We love to eat cornbread with beans, sauerkraut, chili, and soup. Hopefully, you find some favorite dishes to serve it with as well.

Moist vegan cornbread that is oil-free

My favorite thing about this cornbread is that it stays moist on the inside. The secret is that creamed corn is used as an ingredient.

What is creamed corn? Believe it or not, it is dairy-free. It is simply made by pulping corn kernels and collecting the milky residue from the corn.

Here in the States, creamed corn is readily available in cans at most grocery stores. However, it is harder (or impossible) to find in some countries.

Living Vegan has an easy recipe for Easy Creamed Corn for those in areas that it isn’t available in your local grocery store.

One thing that I’ve noticed is that, after being refrigerated, the leftovers are no longer crunchy the way I like it. To solve that, simply pop them into the oven or toaster oven on a flat pan at about 350 degrees for 10 minutes or so. This cornbread crisps right back up!

We love cornbread around here with soup, chili, beans, sauerkraut, and just about anything!

This recipe is oil, egg, and dairy-free! It pairs well with other recipes like potato soup, vegetable soup, or chili beans made in a crockpot.

My husband prefers a sweet cornbread, so I used a few pinches of pure stevia and left out the adobe sauce in thus recipe. He loves it with my kidney-and-black-bean chili! I bake the corn bread in a twelve-muffin tin so we can better control portion size. —Serenity

Detailed instructions, in-process photos, and my personal helpful tips can be found in the article above.

As an Amazon Associate and member of other affiliate programs, I earn a small percentage from your purchases at no cost to you. Thank you!

Did you make this recipe?

Please rate and leave a comment because I love hearing from you. Remember SHARING IS CARING! 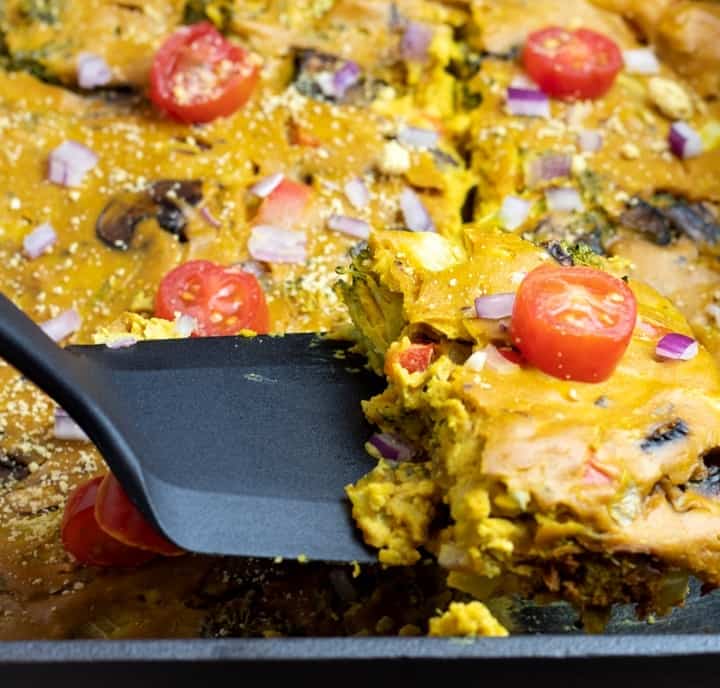 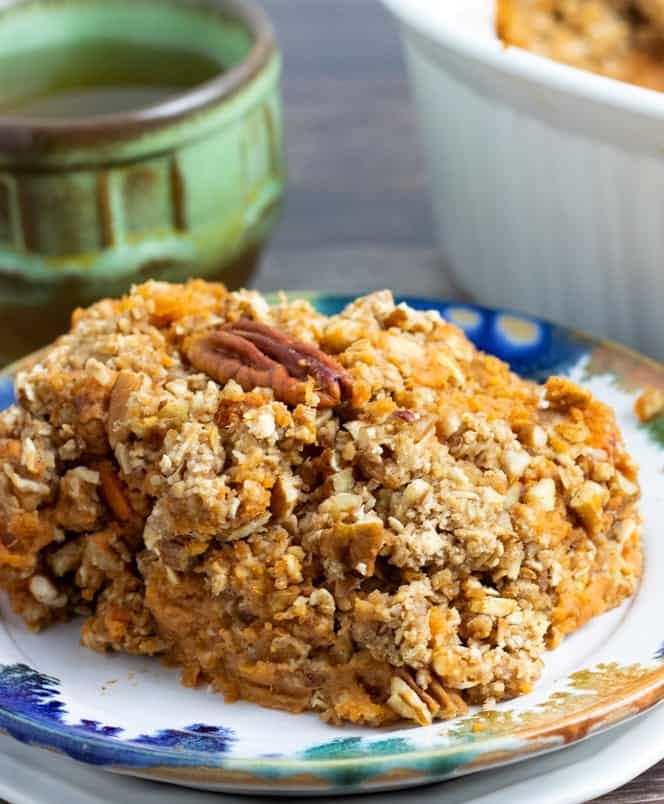 Made this on Mother's Day for a family gathering where I never have anything to eat, so I have to bring my own. I made greens, beans, and this cornbread. This is by far the best cornbread I have made/eaten. I had several of my omnivore family members wanting to know how I made the cornbread because it was so good.

Hi Kathy- OMGosh, it makes me so happy to hear this! I love that it was such a hit at your family get-together.

Hi Molly- I really have only one cornbread recipe, but I changed the name from "Country Cornbread" to "Easy Vegan Cornbread." I like to use baking soda, but baking powder will also work.

I don't have a cast iron skillet any longer. Should you preheat the pan or muffin tin that you are going to use? Also, do you need to "prepare" the pan you are using so it doesn't stick?

Hi Joan- For a regular muffin tin, you'll need to use paper muffin cups to line the pan to prevent sticking. Another option is to use silicone muffin pans that don't require any oil or paper cups.

Do you grease the pan before adding the batter?

If your pan is well-seasoned, no additional oil is needed. The key is keeping the iron skillet seasoned. We love the way it gets the cornbread nice and crispy. Hope you will too!

I used 1/2 of an 15oz can of creamed corn and it was moist but bland even with the onion and felt like it had an aftertaste, like too much baking powder...next time I may add a little sugar

There is no baking powder in the recipe.