Craig Milton’s whole food plant-based diet (WFPB) journey began when he decided that he would rather live life without a few fleeting pleasures than to die from them or live with suffering because of them.

My plant-based journey began in June of 2018 when my wife and I bought a small acreage in the country. At the time, I was a carnivore who loved meat lover’s pizza and bacon double cheeseburgers more than any other food in the world. I was a heavy drinker and I was concerned with my health, but I wasn’t doing anything to improve it. Certainly, I’d never go vegan.

My wife went from vegetarian to vegan

My wife had been ovo-lacto vegetarian since I met her and never once pushed her choices on me. We shared cooking responsibilities and I would make and share many vegetarian meals but generally, I would add a meat portion to my plate.

The farmer across the road from our new home had a small herd of cattle. My wife fell in love with the young calves and enjoyed watching their antics. Soon though, it was time for the calves to be separated from their mothers.

Soon the calves were moved to a small pasture nearby where they could not see their mothers but could hear them. They cried constantly for two days and nights before they were moved farther off. My wife was mortified by the cruelty. She decided then and there she was vegan. No dairy. No leather. No eggs. She was done with all animal products. Vegetarian was no longer enough.

I decided to make a change too

As I did much of the cooking and grocery shopping at the time, I figured I’d better learn about veganism to ensure I was shopping in a manner that would support her decision. I watched documentaries and lectures and soon came across Dominion on YouTube. I believed I knew all about the agriculture industry. I was wrong. I didn’t know how much I didn’t know. Dominion changed my life. Before I finished it I was vegan. I have never deliberately consumed animal products since that day.

I simply decided I would rather live without a few fleeting pleasures than die for them or live with suffering because of them.

For the next two years, I was a “for the animals” junk food vegan, and my wife and I had a great time shopping and cooking. Becoming plant-based together really made our relationship even stronger. Of all the great things that she has brought to my life, this is among the greatest. I lost 30 lbs without even trying, and I still overate all the things I used to love. I just learned to do it all with plants.

I was happier than I had been in years. I had a deep compassion for animals and a new connection to the natural world. Being cruelty-free brought a lightness of spirit I hadn’t anticipated and a profound positive impact on my mental health. Yet junk food was keeping me down and I still drank heavily so my weight began creeping up again.

On Oct. 25th, 2020 I woke up feeling particularly rough after too many drinks. I sensed I was headed for some serious health issues if I didn’t quit drinking. So, after countless failed attempts, I quit once and for all.

It was hard at first but got easier over time. Once the alcohol was out of my system and I was not derailed by lowered inhibitions, it became easier to make better food choices.

I saw a before/after post on a whole food plant-based nutrition (WFPB) Facebook community group page, and it really struck a chord with me. So much about this poster’s story mirrored mine. After Googling to get more information, I started that day living all I was learning about food.

For two years I had thought about how many folks in mine and my parent’s generation were suffering from or succumbing to illnesses others were mitigating or even prevent simply by eating plants. It felt foolish to keep heading down the path I was on.

I began to track my food and nutrients by eating foods that had the highest nutrient density per calorie. I wasn’t eating only for pleasure anymore. I was eating for my well-being as well. If I was consuming calories they had to matter. I cut down on my quantities and ate until I was satiated not stuffed.

My overall health began to improve and as I lost weight it became easier to exercise so I started walking in the mountains behind my property and in just six months, from January to June, I lost 73 lbs. Now, I am down from my all-time high of 300 lbs. before plants to 205 lbs. today at nearly 6’-3” tall.

My desire in sharing my story is to show folks, not only can plants improve their physical health, but that living cruelty-free is the single biggest impact we as individuals can have on the world around us. Whatever your motivation is, personal health, the environment, or the welfare of animals, nothing has a bigger impact than eating plant-based.

It is a change you can make today, right now and see results instantly. I want people to realize that anyone can do what I have done and we do not need to commodify animals to be happy and healthy. In fact, it is quite the opposite. 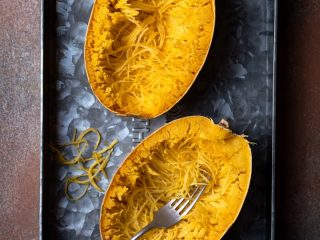 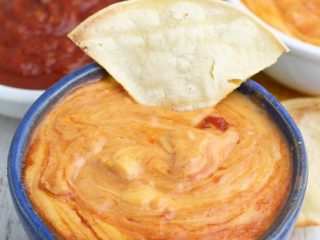