Bob & Fran German have found the secret to health and longevity with a whole food plant-based diet and lifestyle and love to share their experience with others.

We are both in our 80’s and all about healthy aging with a whole food plant-based diet and lifestyle!  These are our personal stories on how we both overcame life-threatening illnesses and went on to lead very healthy, happy, and long lives.

After returning home from a trip to China in the fall of 1992, I started feeling some minor muscular changes but didn’t think too much of it.  But, then one day I woke up and couldn’t open one eye.

I went to my doctor who took one look at me and said he thought I had Bell’s Palsy.  I told him I didn’t agree and that I thought it was Myasthenia Gravis.

I don’t know why I said that since MG is a very rare neuromuscular disease that even most doctors don’t know much about, but he sent me to a neurologist who did a simple test and confirmed that my diagnosis was correct!

Trying to live with Myasthenia Gravis

I was told that MG was incurable, that I would have to be on medication for the rest of my life, and that my life expectancy would be shortened.  In other words, my situation was hopeless.

I was prescribed several heavy-duty drugs including prednisone and was told that there wasn’t much else that could be done.  I suffered from severe double vision, had difficulty with my speech and swallowing, and at times I was so weak that I couldn’t hold my head up.

But, I chose not to accept that verdict.  Instead, I kept searching for ways to improve my health.

I started practicing tai chi and qigong and walked several miles each day.  I tried to eat healthier (white meat chicken, turkey, and fish) although at the time I didn’t know much about what was and wasn’t healthy!

I was very sick at times and even wound up in ICU for 5 days because of bad advice from an internationally-known neurologist.

During my illness, I continued to search for some hope for a cure, and I wound up seeing 11 different neurologists.  They all said about the same thing as the first one.  And not one suggested a change in lifestyle, including diet, as a possible remedy.

Then, in 2006, I heard a clinical nutritionist speak.  He explained that eating animal products compromises the immune system and recommended that patients with MG or any autoimmune disease switch to a whole food plant-based diet.

I immediately did so and, in just a few months, I was off all medications and no longer had any symptoms of this dreaded disease.

It is now 14 years later and, I feel safe in saying that I no longer have this ‘incurable’ disease.  I am very thankful!

In 2006, I also developed a serious health issue.  I learned that I had a small tumor on the outside of my left kidney.

My urologist advised me to have it removed asap.  I went to a world-class medical center here in North Carolina and had cryoablation surgery, a procedure that froze the tumor off.  Unfortunately, it turned out to be malignant.

The surgeon advised me that he got the entire growth but explained that this type of tumor has been known to return.  He never brought up the idea of changing what I ate might help prevent a recurrence of my cancer.

Thanks to my wife, Fran, and my desire to lessen the chance of recurrence, I also adopted a whole food plant-based diet as a means of prevention and have been cancer-free for 14 years.

I, too, am very thankful.  But wait, there’s more!  We heard that my surgeon has since switched to the same diet as ours!

Learn more about us 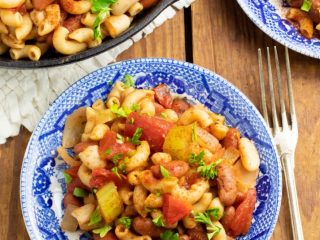 I have had MG for over 20 yrs. I am 45. I eat mostly plant based, but I have such a hard time with plant protein being bioavailable enough to get adequate absorption. I often start to feel run down in a matter of days. Not sure what to do so I add in animal based protein once a day.

Thank you so much for highlighting older adults. So inspiring I’m 75 and just starting my WFPB journey and need the inspiration. Wish there was a site dedicated to people over 65.